Either to make your daily work much easier, being able to compare data tables or several documents at the same time, or to be able to read the chat of your stream while broadcasting live, or simply to be able to expand your screen and take full advantage of your device, using iPad as a second screen is something that has a very simple installation and also totally free.

Let’s start by solving some simple doubts that most users usually have.

use ipad as second screen

Part 1: Can I use iPad as a second screen?

Part 2: Use your iPad as a second screen for Windows for free

Part 3. How to use your iPad as a second screen for the Mac

Part 4. 4 best applications to use the iPad as a second monitor

Can I use iPad as a second screen?

The answer is yes: and also, in a very easy way. Logically, it will never have the same image quality and size as a normal monitor, but if you already have one of these iOS devices and want to give it extra use, using the iPad as a second screen is a great idea and what is better, compatible with almost any type of set-up.

Oh, and you will be able to use your iPad as a second screen on both Windows 10 and Mac. However, you need to make sure your iPad screen is in good working order, if not, you can fix your iPad screen first if it doesn’t respond to the touch.

The way to do this varies depending on the age of your device and the operating system you are using on your computer. Don’t worry, keep reading and I’ll explain how to do it whatever your case!

Use your iPad as a second screen for Windows for free

To use your iPad as a second monitor in Windows it will take a little longer than on Mac, and as long as you have everything you need on hand it will be a very simple installation process.

But before this, we go with a series of steps that you must carry out:

First of all, you should install iTunes on your computer if you have not done so already. It is as easy as entering the official Apple website or the Windows Store, downloading and installing it. This application is also used to play music, movies, television programs and other multimedia content.

Mini PCs are tiny variants of tower PCs that offer serious power despite their size. If you are in the market for one, check out the latest mini PCs on this page.

Once you have completed the previous step, you must connect your iPad to the computer via USB cable. Whatever your model, it must have a Thunderbolt port in which to insert the charger cable that comes in the box of the device itself.

When you connect the iPad to the computer, iTunes will ask you for permission to access the files on your iPad and trust the device. You already have the preliminary installation done.

use your iPad as a second screen in your Windows 10 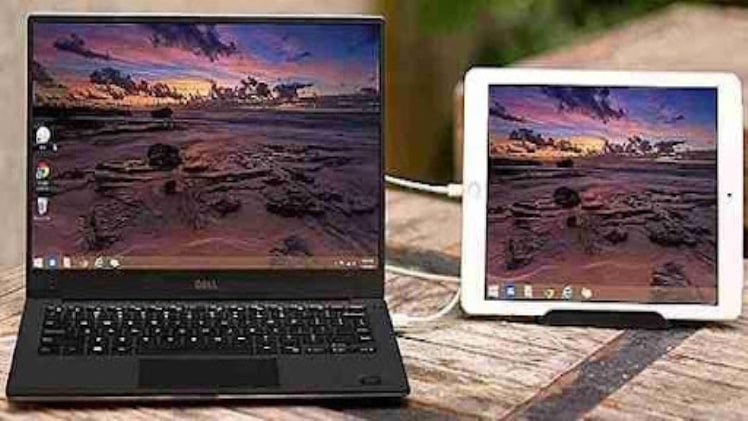 Now you have to install the software on your computer that allows you to use your iPad as a second screen. My first recommendation is to use Splashtop’s Wired XDisplay application, as it is the easiest to use. Here’s how to download, install it, and start getting the most out of your iPad:

Step 2. 2. You will download an .exe file in your Downloads folder on your computer. Go to the folder, click on the file and install the application.

Step 3. Open the Wired XDisplay application and do a couple of settings: go to Settings (with a gear icon) and select ‘High’ for Framerate and ‘High’ for Quality. Important: keep the application open during the next step.

Step 4. On the iPad that you have previously connected to your computer, download the same application, Wired XDisplay from Splashtop, from the App Store.

Step 5. Open the application on the iPad and connect the device to the computer. It is done! You will automatically see the Windows screen on the iPad, which will be configured as the second screen. 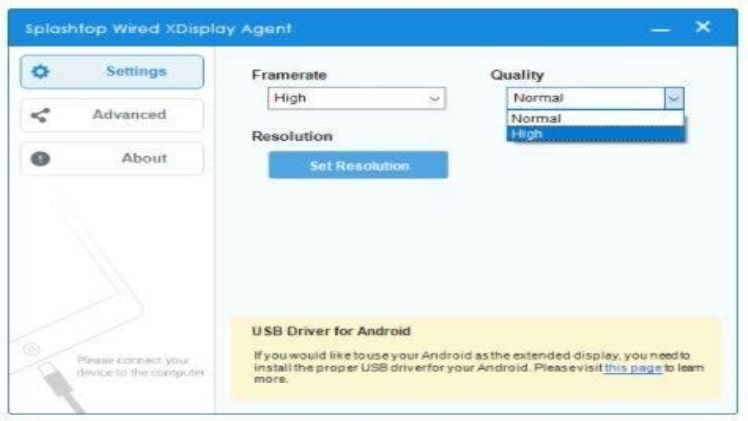 use your iPad as a second screen in your Windows 10

There are a few other applications and options for using your iPad as a second screen in your Windows 10. Later in this article, you will see a comparison of all the options, so read on to discover the alternatives with each of them! its advantages!

This is very easy, since you will not have to do the previous step of installing iTunes (it is installed by default on all Mac computers) and your Mac also includes its own functionality, called Sidecar, to use your iPad as a second screen. Follow these simple steps and you will have it operational in no time:

Step 2. If your operating system is MacOS Big Sur, click on the Displays menu in the Control Center or in the upper toolbar (the icon is two superimposed bars, with a point at opposite ends). Here you can choose your iPad, just below ‘Connect to …’.

Step 3. In case you are using macOS Catalina, click on AirPlay on the toolbar and then choose your iPad from the menu. Can’t see the AirPlay icon? go to the Apple menu, select System Preferences, go to Displays and activate the option “Show the duplication options available in the menu bar”.

Step 4. To configure your iPad as the second screen of your Mac, go back to the Apple menu and System Preferences, where you will find the Sidecar section. Here you can activate some options of this functionality included in your operating system (as long as it is compatible with Sidecar).

By the way, you can disconnect the iPad from the computer and continue using it as a second screen, but my advice is that since you probably have it next to your main screen, keep it connected to avoid running out of battery.

4 best applications to use the iPad as a second monitor

Here’s a list of the best Windows apps to use your iPad as a second monitor. The one that I have recommended to you before, Wired XDisplay by Splashtop, has the great advantage of being free and quite easy to install and use, but here are other options that offer you added advantages and sometimes better quality:

best applications to use the iPad as a second screen

Duet Display is one of the most recommended on the Internet, thanks to being very easy to install and promising a perfect connection without cuts between the main screen and the iPad. In addition to this, it offers a high resolution quality for the second screen, probably the best you can find in the entire market.

The bad: it costs $ 9.99 and does not have a free version, in addition to not allowing you to connect your computer and iPad via WiFi. If image quality is something that worries you a lot, this is the option for you, but if you settle for a somewhat lower resolution, I recommend you continue using the free Splashtop application.

Like the previous option, Air Display is a paid alternative ($ 4.99 or $ 9.99 depending on the version you choose) to use your iPad as a second screen connected to the computer. It allows connection through cable and WiFi and without connection cuts.

In return, it is an application that does not work very well on newer Mac computers so it is better if you use a Windows computer (or an Android mobile, since this application also allows you to use your iPad as a second screen for your smartphone) .

The first option that I have recommended. Why? It is free, and although it only allows connection via cable and the image quality is worse than that offered by other applications, it is the ideal way to test if using the iPad as a second screen for your Windows computer is just what you need.

Imagine paying for an application, going through the entire installation process, and realizing that you actually need a second monitor or a larger screen because the iPad is not exactly what you are looking for: Wired XDisplay has the great advantage of being an application. with which to unlock this extra functionality of your iPad without any risk.

If you do not need a high image quality and you want a very simple and easy-to-use application, iDisplay may be an option for you, although be careful because it is the most expensive of all the ones I have mentioned ($ 14.99 for iOS and 19, $ 99 for Android).

The truth is that being able to buy Duet Display or directly use the free Splashtop application, iDisplay is the option that is less worth it, so keep this in mind before making a decision.

So which application should I use?

The answer is quite simple: if you don’t mind paying for an application to use your iPad as a second computer screen, download Duet Display since its price offers impeccable quality and regular updates. If you spend to pay, Wired XDisplay is the best free option you will find, but you will have a worse image quality. 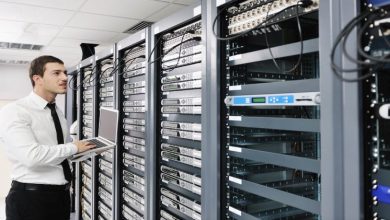 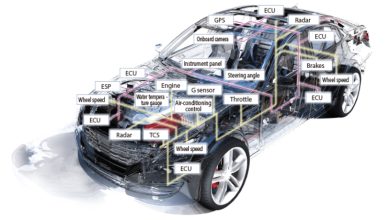 How manufacturers can improve automobiles 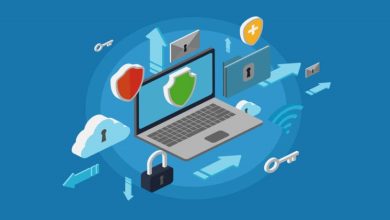 How to avoid being a victim of a cyber crime 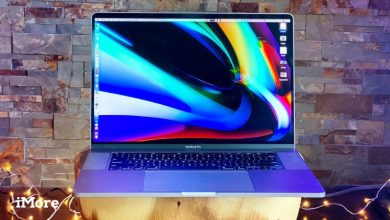 Which Apple Laptop is Best for Gaming