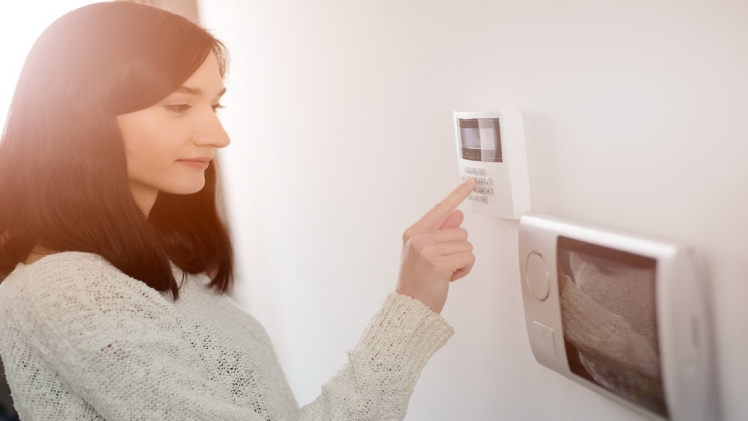 Just about every aspect of a modern home security system can be implemented as both wired and wireless technology. Needless to say, we love wireless. But is it always the best option? Take motion sensors. You can get them in both options. But does it stand to reason that wired are better than wireless? The answer depends largely on what you are trying to accomplish.

For purposes of clarification, this post is referring to standalone motion sensors designed to detect intrusion. Motion sensors built into cameras, lights, video doorbells, etc. rely on their parent devices for connectivity. Standalone sensors  for intrusion detection are generally utilized in concert with other home security components, according to Vivint Smart Home.

A wired sensor is one that is connected to the control panel with a wire. It is pretty easy to spot. The wire carries both data and power, so there are no batteries involved. One of the big advantages of this particular setup is reliability. Signals being sent over a wire are less likely to be interfered with. As long as the power is working, the sensor is active and doing its job.

On the downside, wired sensors require electrical work during installation. They need to be hooked into the security system hub, usually located in a central part of a house. You also need to hide the wires, unless you don’t mind them being visible. That means either cutting into walls to bury them or applying some sort of cover over the top.

One of the major advantages of going wireless is easy installation. There are no wired hookups to make. There are no wires to bury or otherwise conceal. Finally, wireless sensors are a bit more portable. If you install one and decide later that it needs to be moved, no worries. You can reposition it in the current space or take it to a different room entirely.

On the downside, wireless signals can be interrupted by all sorts of things. There is also the power issue. With wireless sensors, you always need to be ready to change batteries. That can be a hassle for sensors placed up high and out of the way.

Each Situation Is Different

There is no way to say for certain that one choice or the other is always best. Each situation is different. If you were installing a DIY security system and you were averse to cutting into your walls, making everything wireless could be the right way to go. The same goes if you rent rather than own your home. In fact, it is not unusual for a lease agreement to specifically prohibit renters from installing wired home security.

On the other hand, you may own your home out in the country. Your property may be large enough that wi-fi reception is spotty in some locations. That being the case, hard-wiring everything could be a better choice. The one thing you probably would not want to do is mix and match. Choose wired or wireless exclusively.

Both wireless and wired motion sensors can enhance a home security system by providing an extra layer of intrusion detection. Both technologies work very well in this day and age. Choosing between the two is a matter of preference that depends a lot on the environment and what you are trying to accomplish.

PHP has seen a surge in popularity in recent...
Technology

Autonomous Mobile Robots And Their Contribution To The Workplace

Autonomous Mobile Robots, or AMRs, have been widely touted...
Technology

Technology has made a great impact on the way...
Technology

Digital Marketing Tactics to Focus on for SMBs

In order to grow small and medium-sized businesses (SMBs),...
About Us