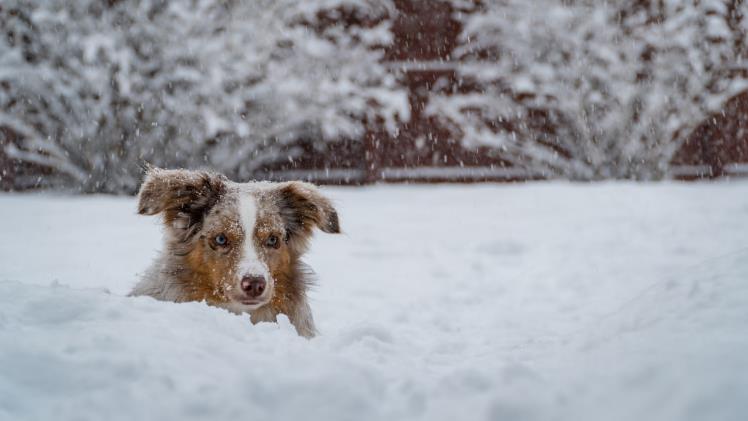 The Australian Terrier is a small breed of dog that originated in Australia. It was initially bred to control rats and other vermin on farms, but it has since become a popular companion dog for many households. This article will describe the characteristics, care requirements, and common diseases of the Australian Terrier so that you can decide if this breed is right for you.

History of the Australian Terrier

The Australian Terrier originated from Tasmania after being bred to different breeds in Europe. Named the country’s national species, this attractive dog is known as the first breed to have been developed in Australia.

In 1925, the breed was first exhibited in the United States. In 1960, they were officially recognized by the American Kennel Club.

Characteristics of the Australian Terrier

Australian Terrier’s heads are long, with small dark brown eyes. The ears are small and pointy and stay up all the time. These dogs have coats ranging from blue and tan to solid sandy or red. Australian Terriers are generally healthy dogs aged 11-15 years.

The Australian Terrier is a spirited, intelligent breed with many personalities. These dogs are self-assured, curious, and energetic. They’re sturdy little dogs but have prominent personalities.

This breed tends to chase smaller animals, so it is essential to train it not to. Cats and small dogs are especially likely to be seen as prey and chase them if given the opportunity. They are territorial toward other dogs of the same sex and can be aggressive with larger dogs. They may try to dig out fences when bored or anxious, so they should be kept indoors. They do not tolerate harsh reprimands or negative reinforcement, so positive reinforcement training is best when working with these dogs.

Australian Terriers do not like being left alone for long periods either, as this can lead to separation anxiety. Hence, this might not be the right breed for you if you want a dog who will be happy spending most of its day lounging around on your couch.

This breed also tends to suffer from diabetes. According to The Australian Terrier Club, Australian Terriers have a higher risk for diabetes mellitus. The disease causes the dog’s pancreas to stop producing insulin, a hormone that takes sugar from the blood and moves it to cells that use it as fuel.

This breed requires regular brushing to remove dead hair and prevent tangles. They also need trimming of their nails regularly, as they can grow quite long. Check your dog’s ears for wax build-up or irritation at least once a week. You may need to clean them with a cotton ball dampened with warm water to prevent infections from developing.

Their teeth should be brushed at least two or three times weekly using an appropriate pet toothpaste and toothbrush designed specifically for dogs. A bath should be given only when needed, but you can use a good quality dog shampoo designed for fine-haired breeds like the Australian Terrier if necessary. Just be sure not to get any product into his eyes, as this could cause irritation.

It’s essential for owners of this breed because it keeps the coat looking good but also because fleas & ticks may pick up on him during walks, so check regularly if you see any signs on your pet.

Australian Terriers are small dogs and require a special diet. Their diet should be high in protein and fiber with moderate fat content. This can help with weight control, which is essential for this breed because they tend to be prone to obesity. Australian Terriers are not picky eaters, so owners do not need to worry about fussy food habits or finicky eating behavior.

Like all Terriers, Australian Terriers are active dogs that need daily exercise. They are not suitable for apartment life and will be much happier in a house with a small yard or access to long walks. Because of their high energy level, they should receive plenty of mental stimulation with daily playtime or training sessions to keep them happy and healthy.

Australian Terriers can also be trained to do tricks like sit, stay, drop, and even fetch. This can also help you get some physical exercise. A recent study shows that dog acquisition can help improve physical activity in humans.

Australian Terriers are some of the best dogs in the world for families or for individuals who require a dog that is highly playful, energetic, and alert to its surroundings. It is fit for living within apartments provided enough space as it loves to play a lot and has a lot of energy. After reading this article, you will better understand the Australian Terrier dog breed.

Poodle Puppies – Everything to know about

Are you fond of puppies? Poodle puppies are the...
Pet

Are you looking for dog clothes to facelift your...
Pet

Everything you need to know about Pet Therapy

Dogs do some pretty strange things, and sometimes it's...
About Us