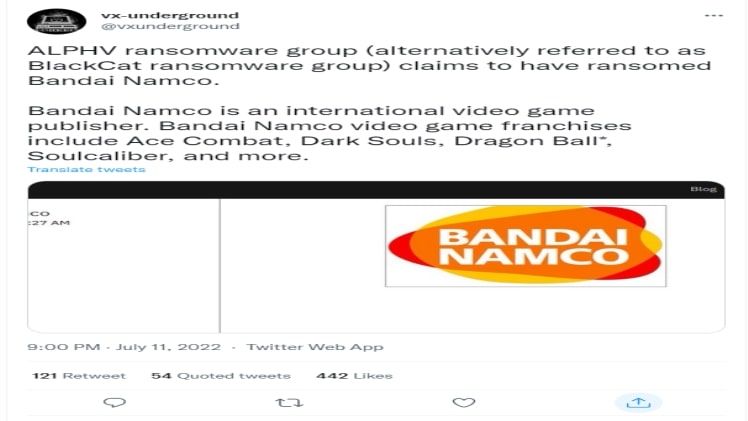 Following a rumored ransomware attack on the Elden Ring publisher, details about upcoming plans of Bandai Namco games and DLC are disclosed online. A group called Alphv, also known as BlackCat, said on its dark web site that it had successfully hacked Bandai Namco’s internal networks and implanted malware there.

The information was first released by vx-underground along with a screenshot from ALPHV’s dark web blog alleging the attack. It has since been reported by two malware-watching organizations.

Bandai Namco has not responded to the ransomware attack. The report isn’t proven unless the publisher admits to the breach or new information surfaces. But, information about the publisher’s anticipated release schedule for 2023 purportedly leaked online yesterday morning. According to PC Gamer, in order to entice victims to bargain, Alphv has started disclosing some information on the public internet.

The Elden Ring DLC, “Barbarians of the Badlands,” which will be released in the third quarter of next year, was the most noteworthy item on the presentation. In addition to the Elden Ring DLC, the graphic hinted at the release of Little Nightmares 3 and a new Armored Core game in Q1 and Q2 of 2023, respectively. Code Vein 2, Tekken 8, and Dragonball FighterZ Super were also scheduled to come out in 2023.

The cybercriminal gang wanted by FBI that obviously attacked Bandai Namco is believed to associate with ransomware groups such as BlackMatter or Noberus. Alphv fancies itself as “the next generation of ransomware” with 4 victims and over $150 million ransom listed on its page. 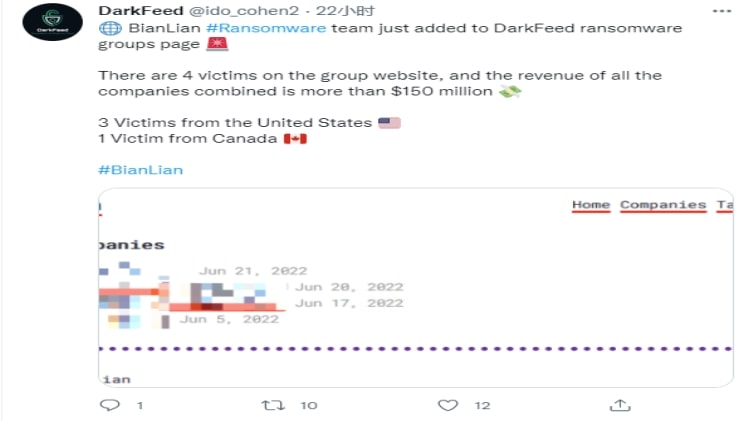 The world is increasingly related to the internet where data is generated and stored at unprecedented speeds, data protection becomes more and more crucial. Incidents like Bandai Namco ransomware attack go on and on, one cannot sit and watch and wish that nothing happens to him because cybercrimes are everywhere. All we can do is safeguard data and make them available under all circumstances.

The process of data backup, as well as restoration, is referred to be business continuity/disaster recovery (BCDR), to establish a full, comprehensive and reliable BCDR plan, you can count on a third-party data solution. Vinchin Backup & Recovery is a professional virtual server backup solutions such as data backup, DR solutions, anti-ransomware backups protection and cross-platform migration for users.

Offsite backup copy: Save another copy of backups through encrypted transmission in remote location to establish a temporary DR center.

Instant Recovery: Get crashed VM back to work in 15 seconds to production environment with onsite backups or the remote site with an offsite backup copy.

Bandai Namco won’t be the first or the last victim on the ransomware list, however, if it is any guide, companies and organizations want to be wary of these living examples and do something about data protection. Having a BCDR plan is the best thing a company can do to ensure a correct Hyper-V backup to follow suppose any disasters happen.