Few savory foods are as popular as bacon. It’s hard to explain why bacon gets so much love, but in all likelihood, it’s due to chemistry. When you cook bacon, it undergoes a reaction that causes food to brown to give it flavor. Bacon fat, amino acids and sugar combine to create a smell that makes your mouth water in anticipation. Bacon is kind of sweet. It’s salty. And those buttery, fatty flavors just make it taste delicious. Now, bacon pizza means that you can enjoy the yumminess of bacon for lunch or dinner.

Why Should You Only Have Bacon For Breakfast?

Bacon has been an important product from the pig for a long time, but it was in the 1920s when bacon became associated with breakfast. A marketing pioneer convinced doctors to promote bacon as part of a hearty and healthy breakfast with eggs purely to sell more bacon. Americans bought it, pun intended, and here we are in the 21st century eating bacon for breakfast. Fortunately, the food scene has changed and we can eat bacon all day long. These bacon jalapeno poppers might be too much pop for breakfast, but they’ll be perfect on the lunch table. Bacon, it’s not just for breakfast.

Satisfy your bacon cravings with Papa John’s menu items. We’ve always had bacon as an ingredient on our list of pizza toppings, but we’ve added some menu options for bacon-lovers. Bacon cheesesticks are a great way to amp up the appetizers with the umami of bacon on top of the gooey, melted cheese that tops a breadstick. Try out BBQ Chicken Bacon Pizza, because bacon makes everything delicious. A bacon calzone made with bacon slices, bacon crumbles and Canadian bacon is a taste explosion of bacon. Don’t feel like sharing your bacon? Get a Parmesan Crusted Smoky Bacon Papadia, a flatbread sandwich loaded with Canadian bacon and bacon strips, onions, cheese and BBQ sauce. Technically speaking, we’ve just given you more than three ways to add bacon to your dinner from Papa John’s, but that’s kind of the point of BaconMania, to make sure you get your monthly allowance of bacon. Our special items for BaconMania are limited. Don’t wait to get your order in if you want to try them.

Bacon – Healthy or Not? Should You Indulge?

Bacon has saturated fats and high sodium content. But it also contains many micronutrients, such as selenium and phosphorus, that you need as part of a healthy diet. The key to enjoying bacon is to remember to eat it in moderation. It’s okay to have bacon in your diet, just balance that with lots of vegetables and whole grains. Order your Papa John’s pizza with bacon, but include mushrooms, onions, olives, peppers and pineapple for other essential nutrients.

BaconMania only lasts through December 27. Enjoy bacon on your pizza as part of our BETTER INGREDIENTS. BETTER PIZZA® promise. Order through our app or online for delivery made easy. 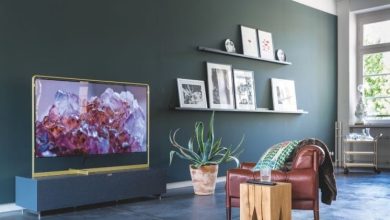 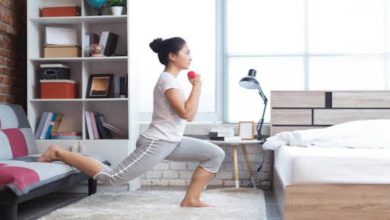 4 Types of Insurance You Should Know About

January 25, 2022
Check Also
Close
Featured Posts
Which Is The Best Vpn For Mac, Its Characteristics, And How You Can Buy It
June 5, 2021