Types OF Marquee Light Up Letters Perfect For A Wedding Party

Who wouldn’t want to view their name in light, even if it is just over the couch? The

marquee letters are particularly colorful in today’s decor and serve as both artwork and mood lighting for a major occasion like a wedding. There are many different types to

rent marquee letters and lights, as well as many ideas and inspiration for incorporating light-up words or letters into an important occasion.

LED marquee light-up letters are a terrific way to add a burst of style to any space,

whether you’re designing for a party or just giving a kid’s room a fun flair. Every letter is accessible separately, allowing you to effortlessly create a message and display this on any wall.

This trend has gained more and more traction in recent years, due to the easy set-up and teardown. Simply decide what you want to say and arrange the letters in that order.

These LED light-up letters are now readily available in a variety of forms and may be mounted on a wall or set on a table.

The Marquee Light Up Letters are white and have uniformly placed yellow-hued LEDs on each one. You may easily spell anything because every letter of the alphabet is available. You can remotely turn them on or off, change the brightness, or set a timer thanks to the provided remote.

Actually, instead of each letter being controlled separately, the remote runs the entire group of letters (the full word you want to spell).

Each letter has a small indent, which nests the brilliant LEDs, so they don’t protrude.

Whether you choose to hang them on the wall or place them on a shelf, they are readily readable from across the room at 8.6′′ tall. Each letter has a hanging hole on the back that makes it simple to accomplish this.

The Black LED Marquee Number & Letter Lights and the earlier choice are quite comparable in many aspects. These, however, are completely black and have LEDs that have a yellow hue.

Despite the absence of a remote, there are numbers accessible in addition to the letters. Every letter or digit is 8.6′′ tall, which is about average for marquee signs.

Dazzling and water-resistant, every individual LED “bead” is discrete. They should not be used in a moist or damp environment. It is an additional layer of defense, though.

The glossy color that each LED “bead” emits blends perfectly with the dark background. Like most, they are readily hangable and stable enough to be set on a shelf. Each one has a hanging space on the back, the same as the others. Additionally, each one is powered by two AA batteries. On the rear of each is a power switch specific to that device.

The LED Marquee White Letter Lights are well-liked since they are one of the first, tried, and proven solutions. They resemble the other marquee letters almost exactly- although they lack a remote control and access numbers. In reality, they are identical in terms of their 8.6′′ height and inset white LEDs. They are usually reduced and significantly less expensive, though.

These lights, like most of the others, are run by two AA batteries. If you choose to set them on a level surface, they each have a flat base and a hanging hole in the back. In any case, they are very bright, well-made, and adaptable. However, there is no adjustable brightness or timing adjustment because there isn’t a remote control supplied.

Using their vibrant LED marquee lights, they have created another variation of their

iconic white lettering. The colorful letters now have a remote control, in contrast to the previous version. It allows you to change the letters’ color to any one of 16 RGB-style hues. These 8.6″ tall, multicolored letters are a lively way to add personalized décor, even though digits aren’t offered.

With this most recent edition, the remote has been redesigned. Nevertheless, it makes a variety of adjustments possible to go far beyond color selection. In fact, you may choose between four different light-flashing modes. These consist of a contemporaneous fade or hop or an asymmetrical fade and jump. Furthermore, you have control over how quickly the characters flash.

The multicolored Light-Up Letters are another eye-catching choice; they are quite similar to the last one but differ in a few little ways. There is a remote included; however, it only offers 18 RGB colors, not 16. The LED lights also resemble diamonds. They get a shimmering quality, which adds another fashionable feature if you look closely.

The blur and hop on the remote are synchronous or asynchronous. Furthermore, the lights can sometimes be given a flash, sparkle, or wave effect. The speed setting distinguishes it from the examples before. It allows you to control the color change’s pace, allowing it to emit quicker or slower. The remote is often a little more durable. There are timer options for 4, 6, or 8-hour cycles in the bottom row. 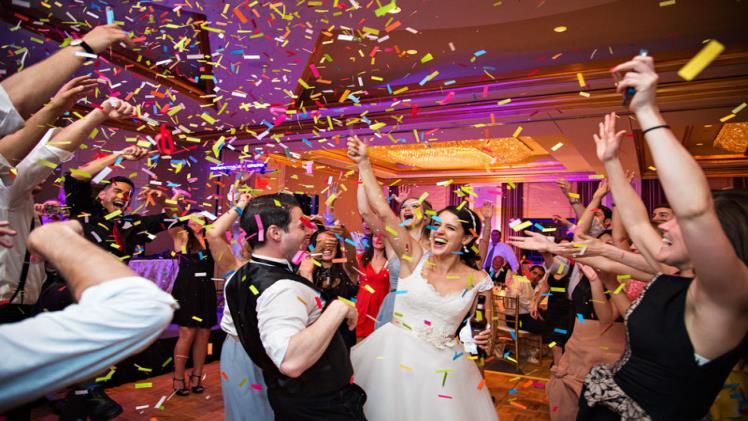 The need for classy aesthetics is no farther than the Metal Marquee Letter Lights if you’re after a rustic look. They are fantastic for anybody wishing to create a rustic, barnyard-like vibe that is ideal for weddings or rural locations because of their fake rust appearance. Each one is 12′′ tall, making these significantly bigger than anyone else in the listing. The LEDs are not nearly as numerous as other alternatives, as you’ll find out when you’ll start searching further. Despite their little size, they nonetheless radiate a

As you’ll see, there are a plethora of possibilities available to rent marquee letters and lights. What you’re searching for in a pair of light-up letters ultimately determines which one is the finest.

All of the above categories are reasonably priced and have a few little distinctions from one another. It will be easier for you to pick amongst them if you can decide what’s essential to you.

The Benefits of Expanding Concrete

Concrete is a widely used material in the construction industry, and its use has been growing steadily over the...

Water cooler machines are just like any machine. There...
Lifestyle

4 Birthstones to Remove Negativity in Your Life

But what happen when negativity attacks us then how...
Lifestyle

The Apple Watch is a popular wearable technology device...
Lifestyle

Essential Tips for Your Next Camping Date

As summer approaches, we get excited as we can...
About Us