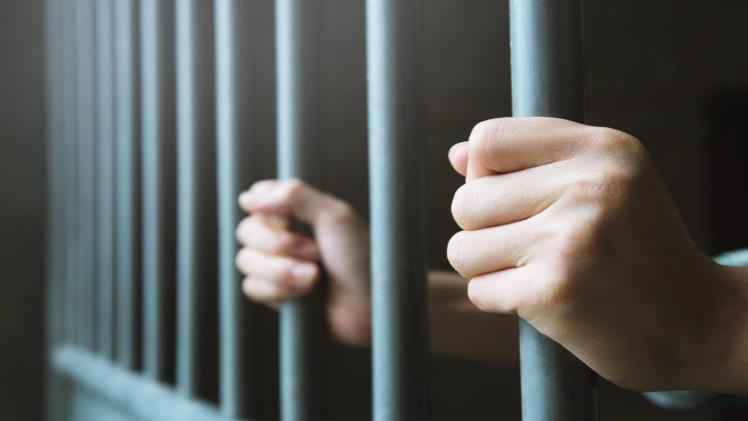 Most functional members of society are quite productive and never see the inside of a jail cell. But what is jail really like for those who find themselves there? Whether an inmate is booked into jail deservingly or wrongfully convicted of a crime, here are 5 things you probably don’t know about jail.

#1 Bedding is Limited and Uncomfortable

Prisoners are often not given many privileges, and this extends to some of the most basic necessities for us at home. In some prisons, pillows are not provided to inmates but earned through good behavior or purchased with their commissary money. County jails are not meant to be comfortable places. The bedding is minimal, flat, and in most cases, just not very comfortable. You’re given thin blankets that are far from luxury material. These pillows and blankets are not designed for comfort but are designed explicitly with the jail atmosphere in mind. Everything given to inmates has to be optimized in its form and function to prevent anywhere an inmate could hide contraband items. So while you won’t be required to work or cook any meals for yourself in jail, it is far from a vacation destination.

#2 Guards Are Outnumbered and Disadvantaged

The guards stationed at each block of the prison are typically outnumbered compared to the number of inmates in a cell block. The inmates in prisons and jails often don’t have much more to do than eat, sleep, and clean. Guards serve as the primary source of entertainment to a lot of inmates as they poke and prod guards looking for a reaction. They’re constantly watching and waiting for weaknesses to erupt that they will be able to use to their advantage. For example, suppose one guard is pouring his heart out to another about his recent financial struggles, and the inmate whos taken up a job as a janitor in the next room overhears. That information could then be sold to other inmates who have a bone to pick. Next thing you know, that same guard is being berated about his financial state by a block full of criminals looking for a reaction. Inmates are often very aware of each guard’s schedule and can even take advantage of shift changes. If a guard is exceptionally tired at the end of a long shift, they may not perform as well against several angsty inmates attempting to break out.

#3 How Expensive Phone Calls Are

We’ve all likely seen the television shows where someone is freshly booked into prison late at night, and they’re entitled to one free phone call. This call can be used to alert family you’ve been arrested or arrange for someone to prepare bail bonds for you to be released. Sadly, you’re only entitled to that one initial phone call. Once in jail, many people aren’t aware of the hefty fees you’ll pay per minute for any phone call, video chat, or outside communication with family and friends. This can make jail a very lonely and isolating place. The money used for phone calls can come from your own pocket if you’ve been incarcerated with cash on you. Otherwise, you’ll have to rely on family members putting money into your commissary, which can then be used for phone calls, additional food, drinks, or hygiene items. If you somehow find yourself in a prison setting, there’s occasionally the option to acquire a prison job where you’ll be given a measly $0.63 per hour worked.

#4 Small Inconveniences Can Start a Riot

Take lunchtime, for example. Even if several people are being reasonable, the choice few who become exceptionally angry about the change of menu can almost always sway the mood. Once things are out of control, guards will typically lock down the area and wait, resulting in even more violent and extreme behaviors, breaking windows and smashing equipment. Soda machines in the cafeteria could be the next target. You just never know. Any minor inconvenience can start a riot, and there’s not much that can be done to stop it aside from containing the inmates and waiting for things to de-escalate.

#5 What the True Purpose of Jails and Prisons is

Many average Americans are under the impression that inmates are living high and mighty as they have all their needs met through the use of our tax dollars. This misconception forgets that prisoners don’t necessarily live lavishly while incarcerated. It’s commonly believed that prisoners are locked away in cells to keep the public safe from murderous criminals for a duration of months, years, or even decades. While that is part of the reason, that’s still not the true purpose or ultimate goal of the jail and prison systems. The purpose of jail and prison systems is actually more heavily centered around the rehabilitation of these criminals. If you set aside the crimes involving victims, you will be left with many crimes that don’t hurt anyone but the perpetrator. Illegal drug use or prostitution between consenting adults, for example, doesn’t necessarily harm the public directly, and we may not need protection from criminals convicted of these crimes. So why do we lock them away, isolating them from the rest of society, if they’re not a danger to us?

The purpose of a jail and prison system is to provide each inmate with the tools they will need to return to society as a productive member. This can include job training, mental health treatment, and even educational programs that will help an inmate reintegrate into society as a civilized member, ideally not being convicted of any future crimes. The rehabilitation process through correctional programs gives criminals a potential future. While it doesn’t always work, there’s still the chance that they can return to an everyday life thanks to the programs available to them.

There are so many things that happen behind a jail’s locked doors that it would be impossible to know what the genuine experience is like without experiencing it for yourself. We hope that this list will suffice, and you won’t be learning any first-hand jail knowledge any time soon!

The Importance Of Hiring A Car Accident Attorney

When you have a car accident, the first thing...
Law

When And Why Should I Hire a Personal Injury Attorney

Have you ever sustained an injury on someone’s property?...
Law

Almost everyone uses social media. It is a medium...
Law

When To Hire An Indianapolis Accident Attorney

You would have rights if a negligent motorist caused...
About Us