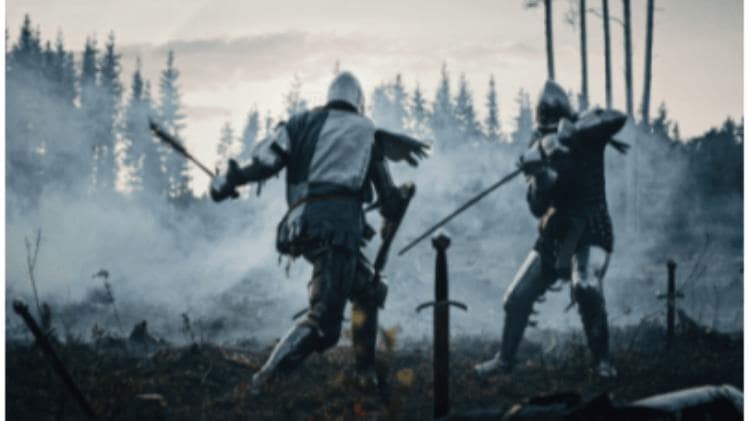 GamesWhat Does the Future Hold for OSRS’ Deadman Mode?
Games

What Does the Future Hold for OSRS’ Deadman Mode?

Here’s what you should know about Jagex’s changes related to the Deadman Mode.

The Deadman Mode is an alternative way to play OSRS for those who love PvP. In short, PvP is enabled everywhere except a few safe spaces, and when you die, you lose everything you have on you plus ten stacks from your bank that are worth the most OSRS GP. Plenty of other rules and restrictions make Deadman Mode a great way to play OSRS competitively. But above all, it stands out because it’s the only game mode that can bring you real cash if you make it to the finals and win. Usually, the best you can win if you compete against other players is by having OSRS Gold or membership. Still, the Deadman Mode competition has been rewarding the players’ dedication.

Blunders and Mishaps in Deadman Mode

During the 2022 competition, the OSRS servers experienced many attacks from hackers trying to disrupt the smoothness of the event. Based on experience, Jagex was prepared for such an incident, and they paused the tournament for around 60 minutes to negate the attacks. To clarify, Jagex was prepared by having a team ready to respond. Sadly, the design of the competition does not currently allow the restart of individual matches. Suppose you’re not a PvP player and can’t relate to the feeling of having a duel disrupted by lag, latency, or disconnects. Imagine that you’re killing the Corporeal beast boss and dropped an OSRS item worth a billion OSRS GP but cannot pick it up because the servers are laggy—your frustration will be more than the OSRS Gold you lost.

These events made Jagex decide they need to change something about the Deadman Mode—notably the finals and how they happen. They are currently trying to obtain feedback centered around a few Deadman-related topics.

One point that Jagex is trying to get feedback on is whether to keep Deadman Mode as a seasonal game mode. This question triggered the Permanent Deadman Mode (PDDM) community because Jagex’s initial plan was to transform the PDDM world (345) into a server that they would often reset to try out different stuff for the Seasonal Deadman Mode (SDDM).

Hopefully, they will drop this as the idea is ridiculous because it could affect the entire PDDM community. Making everyone that has been working on their characters for years and accumulated months of playing time on such a dangerous and restrictive yet fun game mode should be considered a crime. Can you even imagine the frustration of an entire community having their accounts wiped for no reason and all their progress lost? That’s a sure way to lose players and create huge adverse reactions. You don’t need to be a PDDM player to relate to this—just imagine Jagex decides to wipe your main account one day.

Overall, there’s no need to ruin it for them. There are plenty of ways to introduce new players to the Deadman Mode without destroying the game experience for a whole community of players, even if that community is not a large one.

Changing Up the Finals

Another idea that Jagex has for Deadman Mode is to create a different event than the finals, which have been a 1v1 tournament until now. And here there are loads of things that could be changed or improved. Currently, the tournament is based on a single bracket elimination, which has a time advantage (the tournament doesn’t take too long) but can be inaccurate in other ways. This could be replaced by a best of three or five bracket system that would allow the selection of the players who move to the next round to be less based on luck and more on skill.

Using the Prize Pool for Other Events

Jagex also speaks about stuff that relates to the DDOS attacks and protecting their servers from being targeted in the first place. They would achieve this by using the prize pool for other events. However, you should remember that the SDDM is such a competitive game mode that requires so much focus and dedication that they deserve those prizes. Currently, there are four cash prizes and 12 12-months membership prizes.

The last point that Jagex makes regarding the plans about changing DDM is redesigning the individual fights so that you can easily restart them. If a player disconnects or experiences lag, they will get disqualified unless they log back in before the fight begins. However, this system is prone to attacks and does bear a certain amount of unfairness. After intensely playing for three weeks to be one of the best 2048 players in OSRS, the idea of getting disconnected and disqualified is a nightmare.

Another significant issue is that Jagex can’t receive regular feedback from the player base as PDDM and SDDM players are not that numerous. Polling the whole player base cannot give very informed responses since the Deadman Mode rules are numerous and complex for the regular OSRS player.

The regular OSRS player probably doesn’t know much about Deadman Mode. For example, in Deadman Mode, they would lose ten stacks of their banked OSRS items worth the most OSRS GP. As such, gathering valuable feedback is harder for Jagex than for a game mode with plenty of players. There’s a tremendous responsibility on Jagex’s shoulders to modify the seasonal Deadman Mode in a way that doesn’t negatively affect the PDDM community.