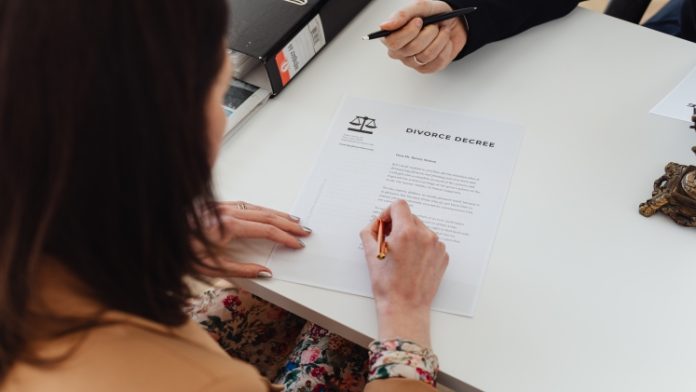 The extensive introduction of information technology into people’s homes is one characteristic that distinguishes contemporary civilization from earlier forms. Access to the Internet is now considered standard for most people living in the modern world, even younger generations. A significant number of today’s children are introduced to sexually explicit content for the first time over the vast expanse that is the internet. The sights that unprepared children view there frequently have the effect of shocking their psyches and instilling them with inappropriate behavioral habits. The current generation is more likely to engage in sexual conduct at a younger age than previous generations did. This is in comparison to previous generations.

There is a lot of discussion going on right now regarding the need of receiving sexual education and the age that is most suitable for receiving it in light of the ethical values that should be followed. Scientists from all across the world have conducted research aimed at gaining a better understanding of these topics. Both the United States and Europe (namely Sweden, the United Kingdom, Germany, and Israel) are taking decisive action to solve this problem. As it is a quite new practice, teachers even tend to buy dissertation online and professional papers in order to understand where to start and how to lead the course.  In this article, we examine some of the most important international studies that have been conducted on the topic of sexuality education for children and adolescents. Our goal is to discover global trends and characteristics, as well as the typical age at which sexuality education begins.

According to the WHO Regional Office for Europe, the majority of European countries have made significant strides in advancing their criteria for sexuality education. In the 1950s, Sweden was the first country in the world to require students to take lessons on sexual education in its public schools. In the 1970s and 1980s, Germany, Austria, Denmark, Finland, the Netherlands, and Switzerland all followed suit. In the most recent few years, they have expanded their operations to include Portugal, Spain, France, Italy, and the United Kingdom. Not until 2003 did Ireland begin teaching its students about sexuality as part of a formal curriculum. Although this practice is becoming more widespread across Europe, there are still a few countries on the continent that do not incorporate lessons on sexuality into their school curriculums. Let’s take a more in-depth look at the approaches that different European countries use toward sexual education.

Swedish schoolchildren were among the first in the world to learn about sexual development as part of the regular curriculum. In 1955, these classes were made mandatory. Special courses were also introduced in the nation in the 1970s, in addition to the sexual education that was being taught in schools.

Swedish academics from Uppsala University’s Department of Public Health, Women’s and Children’s Health performed a survey on the substance of sex education in the country. More than 97% of those surveyed reported having varying levels of sexual development education in their schools. This course was deemed satisfactory by 60 per cent of those who took the course. There were several subjects that stood out in the survey participants’ opinions and were not adequately covered in the courses. Abortion (81 percent), emergency contraception (80 percent), fertility (80 percent), and pregnancy (80 percent) are among the most common causes of rape (59 percent ). More information about emergency contraception, homosexuality, bisexuality, and transsexuality was requested by young people (aged 13 to 19). Sex education is considered “sparse” or “extremely scarce” by more than a third of those polled, according to Swedish academics. Expanding information, arranging more debates, covering multi-directional themes, and giving more skilled professors are among the methods to enhance it, according to respondents.

The issue of sex education is one that affects the UK as well. British researchers believe that sexual development and reproduction (including the physical and emotional changes associated with puberty, conception, STDs, and HIV) should be included in the program of sexuality education for modern youth, as should contraception and birth control; relationships (types of relationships, love and commitment, marriage; laws related to sexual behavior, religion and culture’s view of sex); and sexually transmitted diseases (STIs) (hetero-, homosexuality).

Many British authors believe that a major goal of sexuality education should be to help students avoid dangerous behaviors. In the opinion of British academics, sex education should begin before the age of puberty. Information about sex is suitable at a certain point in a child’s physical, emotional, and intellectual development. Basic information should be offered to children as soon as possible, according to experts, since this will serve as a basis for more advanced understanding. A good place to start is by discussing the ways in which individuals develop and evolve. When teaching about puberty, sexually transmitted illnesses, and viruses and bacteria in pre-adolescence, provide more specific information.

Sex education is part of the general education curriculum in Germany’s fourth grade (for students ages 8–9). Body and health, gender roles, friendship and love, pregnancy and delivery, sex needs and sexual assault prevention are just some of the subjects covered in these classes.

The seventh-grade sex education program is getting more in-depth and concentrated. Sexuality, sexual relationships, homosexuality, the reproductive systems of men and women, conception, the embryonic development of human life, sexually transmitted illnesses, and birth control are only some of the more sophisticated subjects covered in the classes.

Many German parents (particularly those from religiously conservative Muslim households) are worried that these courses would encourage their children to engage in immoral behavior and lead to sexual promiscuity, as they have in other countries. As a result, German schoolteachers meet with parents and inform them of forthcoming classes and the program’s substance, so reducing any unwarranted anxieties they may have. Teachers, on the other hand, frequently discuss how they feel about the way sexual development classes are taught between themselves. Teachers are forming online communities to discuss and support one another as they learn how to have productive talks with their pupils about these issues.

Sexually transmitted illnesses; unplanned pregnancies; puberty; and healthy relationships are all themes that should be covered in the sexuality education curriculum, according to all of the parents surveyed. Sexual diversity, sexual orientation, and abstinence were all themes that were debated. All parents, on the other hand, expressed hope that in the future, sexuality education will help their children make better decisions, get to know themselves better, and develop into mature, moral adults.

When it comes to sexual education in the US, the National Survey of Family Growth shows that the majority of teenagers acquire it before the age of 18 years old (96 percent of girls and 97 percent of boys). When it comes to discussing sex and contraception with their parents, girls are more open than males. Girls are twice as likely as males to consult with their parents on how to politely decline sexual advances.

When it comes to studying abroad, the UK is...
Education

An uncontested divorce may be a perfect solution for...
Education

When writing an essay, it is essential to follow...
Education

The Bachelor of Computer Application (BCA) program curriculum helps...
About Us