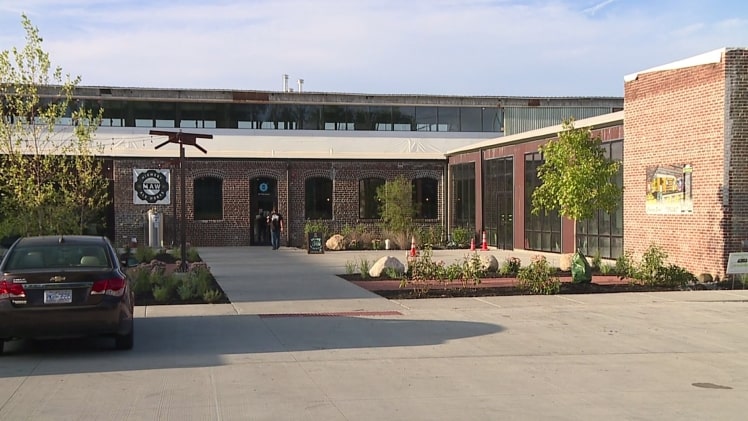 BusinessWhat’s It Like Living in the Rust Belt?
Business

There are plenty of stereotypes about different regions of the United States that ultimately prove to be untrue upon inspection. The people aren’t friendly in this area, or the weather is always one way in that area.

Another one is that living in the Rust Belt of America must be so depressing and dead-end. Well, that, too, is not so.

In fact, in many formerly vibrant cities and towns of the Rust Belt, things have been springing back to life in recent years, so much so that you’d legitimately be surprised to discover it.

You may never have considered living in the Rust Belt before, but if you find yourself moving somewhere between the formerly industrial areas from Pennsylvania to Michigan, you’ll want to check out these more-positive-than-you-thought facts about the region.

The Rust Belt Is Incredibly Diverse

The once-booming steel, iron, and coal towns of the Rust Belt are these days home to a great range of people. The populations include sizable groups of Muslims and Orthodox Jewish people, as well as a true melting pot of foreign-born Americans and their descendents.

That shows that people are still coming to the Rust Belt to live and work. This isn’t an area that houses generations of people from the same families that were there 75 years ago.

So, if you move to the Rust Belt, you will be exposed to life in all its forms.

Young People Are Moving In

As for why the Rust Belt continues to attract people despite the region’s historic decline in its manufacturing and industrial sectors, there’s an answer for that.

In the last several years, millennials have been moving into the Rust Belt to scoop up housing for crazy-cheap prices and start businesses meant to revitalize these formerly ailing communities.

Move to Ohio or Michigan, and in some areas you can find houses for…less than $40,000. The market does that to cities popularly thought of as having had their day.

You can move to New York and pay almost a million dollars for housing, or you can grab more affordable Pittsburgh houses for sale and save a whole lot of money. Pittsburgh, like many other Rust Belt cities, has seen a wonderful rebirth in the last few years. It’s beautiful to walk around there now.

And so it goes for so many other Rust Belt areas.

The Education Is Top-Notch

Finally, many Rust Belt cities sport top-notch education systems that, like the cheap housing, draw in lots and lots of young people. From Maryland’s University of Baltimore to Pennsylvania’s University of Pittsburgh to Michigan’s Grand Valley State University, the Rust Belt has a lot to offer in terms of education.

And young people love the areas. They flock to the cities for the education, earn degrees in in-demand industries such as technology, make friends while there, and then even stick around for the career opportunities.

The chances to get ahead really are there in the Rust Belt. It’s also somewhat trendy to be a young person living in a once-decrepit Rust Belt city, making a living in some modern industry where heavy industry once ruled the day.

But that’s change for you, and it has come to the Rust Belt of today.

Make the Most of Your Business Opportunities

Being a business owner can be one of the...
Business

If you've spent time on the internet, you know...
Business

Investments are important to grow your wealth and financial...
About Us