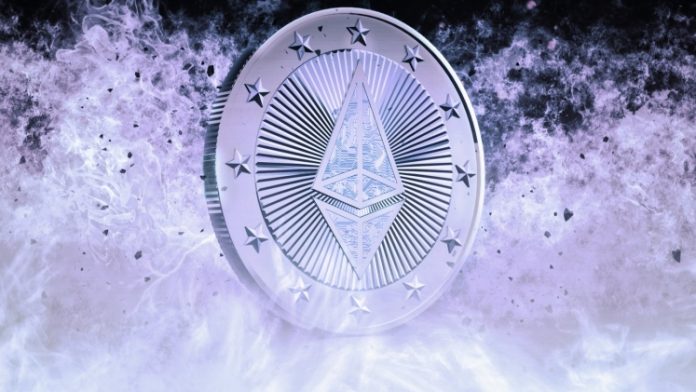 BusinessEthereum 2.0 - How Does the Burning Mechanism Work?
Business

Ethereum 2.0 – How Does the Burning Mechanism Work?

Ethereum 2.0 was launched in December 2020, but its full release may not happen until late in 2022 or in 2023. Ethereum 2.0 is a new development for the Ethereum blockchain and comes with a whole host of new features and improvements.

In order to ensure that validators are behaving correctly, Ethereum 2.0 will introduce a mechanism known as “slashing”. Slashing is a process whereby validators who act maliciously or fail to follow the protocol will have a portion of their ETH stake “slashed” (i.e., confiscated).

The burning mechanism is a key part of the slashing process. Under the burning mechanism, any ETH that is slashed from a validator’s stake will be “burned” (i.e., destroyed). This has the effect of removing the ETH from circulation and reducing the total supply of ETH.

If you are hearing this for the first time, we will break things further down in this post to help you understand what the burning mechanism is in Ethereum 2.0. If you are thinking of buying Ethereum to get into the world of crypto investment, you will need to know this.

What Is the Burning Mechanism?

The burning mechanism is a process whereby any ETH that is slashed from a validator’s stake is destroyed. This works to remove the ETH from circulation, hence reducing the total supply of ETH.

The burning mechanism is a key part of the slashing process. Slashing is a process whereby validators who behave fraudulently or refuse to abide by set rules and regulations concerning validating transactions will have a portion of their ETH stake “slashed” (i.e. confiscated).

The burning mechanism is an important part of the Ethereum protocol because it helps to keep the ETH supply scarce and valuable. It also helps to keep the network secure by incentivizing validators to act in good faith.

What Are the Benefits of the Burning Mechanism?

The burning mechanism has a number of benefits. Firstly, it reduces the total supply of ETH, which has the effect of increasing the value of remaining ETH tokens.

Secondly, it deters validators from acting maliciously or failing to follow the protocol, as they risk having their ETH stake slashed and burned.

Thirdly, it provides an additional incentive for validators to behave correctly, as they stand to earn rewards in the form of newly minted ETH.

Fourthly, the burning mechanism increases the security of the Ethereum network by making it more expensive for would-be attackers to mount a 51% attack.

Are There Any Drawbacks to the Burning Mechanism?

The burning mechanism does have some drawbacks. Firstly, it reduces the total supply of ETH, which may have negative consequences for the Ethereum network in the long term.

Secondly, it may deter validators from participating in the Ethereum network, as they risk having their ETH stake slashed and burned.

Thirdly, the burning mechanism may create a barrier to entry for new users, as they may be less likely to want to join a network where their ETH could be at risk of being burned.

How will Ethereum 2.0 Affect the Burning Mechanism?

Secondly, Ethereum 2.0 will introduce new slashing mechanisms that are more effective at detecting and punishing malicious or faulty validators. This will result in more ETH being slashed and burned.

When Will Ethereum 2.0 Be Finally Released?

We’re still not entirely sure when Ethereum 2.0 will be released. It’s a highly complicated project, so it won’t be easy to get it right the first time. Developers in the past have failed to meet deadlines set for the release of the project.

However, the Ethereum founder, Vitalik Buterin, said recently in an interview that the whole thing will soon be over. So, people can expect to have Ethereum 2.0 released towards the end of 2022 or in the early months of 2023.

What Are Some More Benefits Of Ethereum 2.0?

The benefits of Ethereum 2.0 include high scalability, low latency and fast confirmation times, and interoperability with other blockchains and centralized systems.

Ethereum 2.0 is designed to be more scalable than its predecessor. This means that it can handle more transactions per second (TPS) without sacrificing security or decentralization.

The low latency and fast confirmation times of Ethereum 2.0 mean that users will be able to send funds in a matter of seconds rather than minutes or hours. That will be a great plus for users on the blockchain.

Ethereum 2.0 also has interoperability features that allow it to communicate with other blockchains (or even centralized systems) without any significant problems or issues arising from the differences between these technologies.

This makes it easy for developers who want to build applications on top of this new platform but don’t want their creations tied down by being limited to just one type of technology alone!

Nigeria is the largest African eCommerce market in Africa...
Business

It's among life's most rewarding and significant changes. Moving...
Business

Saving Time & Money in Multifamily With a Resident App

A resident app offers a way to save money...
Business

It may have been some time since you’ve gone...
About Us